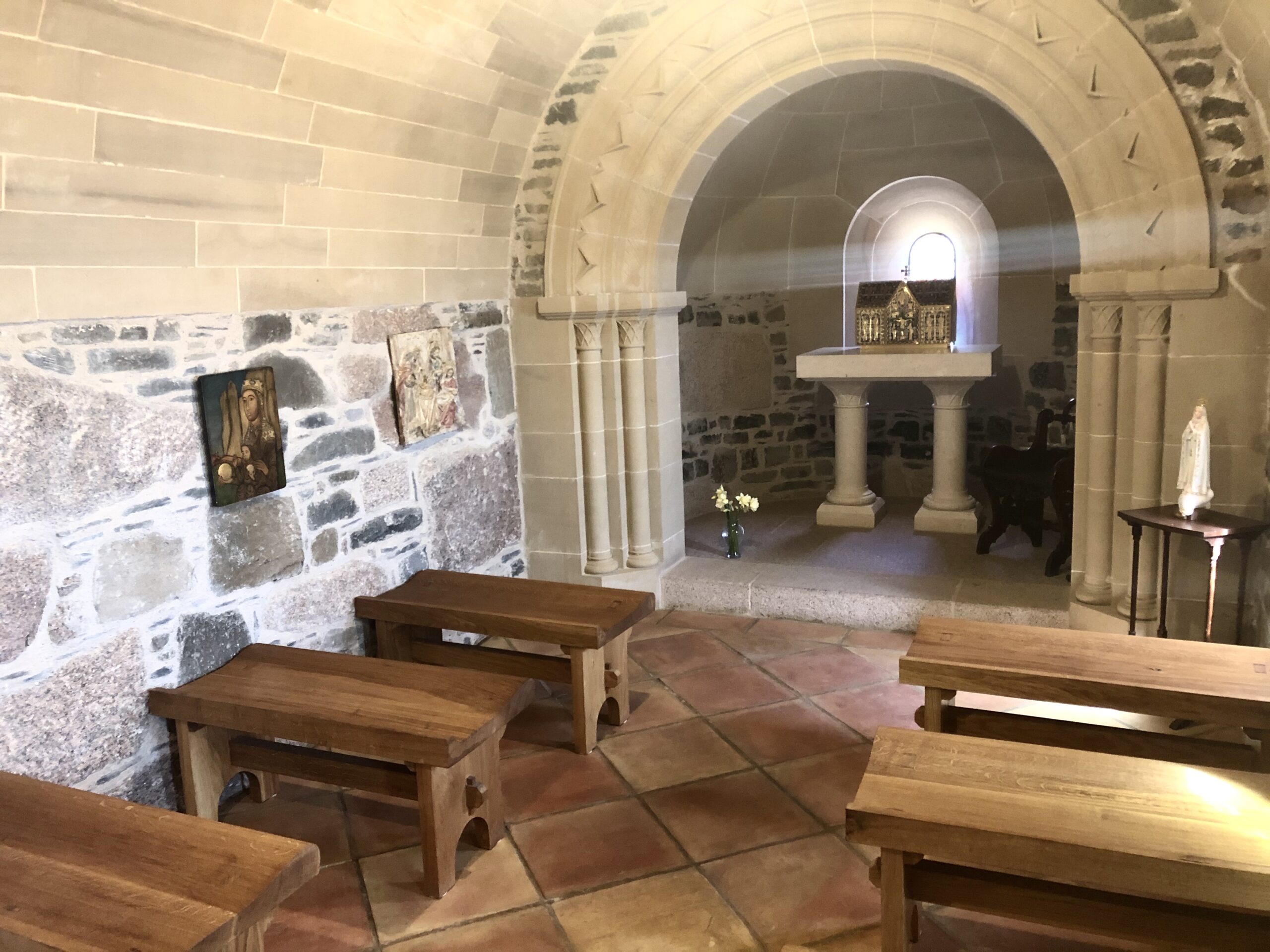 St Comghan’s Chapel has been conceived as a symbol of unity, of our common destiny, open to all.

The name Kilchoan is believed to derive from ‘Cille Chomhain’ or ‘cell of St Comghan’.   St Comghan is believed to have been an 8th century Celtic monk.  He was born an Irish prince and inherited his father’s kingdom.  He ruled wisely at first but after being shot in the foot by an arrow, and having witnessed too much shedding of innocent blood in warfare, he left his kingdom and became a monk in Scotland.

A Chapel or monastery was dedicated to St Comghan, probably by monks from Iona, here at Kilchoan but the exact location is unclear.

One of the earliest Romanesque buildings in Scotland is St Margaret’s Chapel in Edinburgh.  The tiny chapel is within Edinburgh Castle and may have been built by David I in memory of his mother, St Margaret.

In 1203 Ranald, the Lord of the Isles and son of Somerled, invited the Benedictine order to establish a new monastery on the site of St Columba’s original monastic foundation.

The granite used for the abbey and chapels on Iona was brought from Tormore quarry at Fionnphort on Mull.   The quarry fell into disuse but was reopened for a time in the 1990s and the stone used at St Comghan’s was quarried at that time.

St Comghan’s Chapel at Kilchoan grew out of all these influences and is a 21st Century building which will stand as a place of quiet contemplation and worship for the enjoyment of generations to come; a place where we can confront the challenges we are faced with today.

The chosen site is beside the sea, on a track between the house and the pier and backing onto mature woodland.   The chapel faces due east, a convention adhered to a very strictly by the Celtic church.   Directly behind in the Chapel field are carved gravestones, similar to those seen on Iona.