The Kilchoan estate is a cultural and educational enterprise. It is focused on ecological restoration, rewilding and preservation of both the marine and terrestrial habitats for the benefit of the people of Argyll and the world. Located on the Degnish peninsula, the estate was purchased by the current owner in 2015 with the aim to manage it as a cultural project in conservation and refuge for those who seek a connection with the natural and spiritual world. Much of the land was reflective of the “traditional land use” practices found in this part of Scotland with extensive upland pasture invaded with bracken, large areas and fragmented patches of semi-natural broadleaved woodland and non-native timber plantations introduced by former owners.

The Native oysters (Ostrea edulis) is distinct from the commonly sold and non-native pacific oyster (Crassostrea gigas). The much slower growing native oysters have a rounder shell and is less tolerant of environmental variation. Native oysters are playing an important role in the Scottish marine environment as they act as an ecosystem engineer by creating reefs, filtering water, storing carbon as well as providing a food source for other wildlife. An adult native oyster can filter and clean up to 240 litres of seawater in a single day. The carbon is stored in a three-dimensional structure on the seabed created by the oyster. These reefs act as a nursery and spawning ground for a variety of marine organisms. Native oysters were once common on the west coast of Scotland including Loch Melfort but, over-harvesting, diseases and a decrease in suitable habitat and water quality has depleted the oyster stock by almost 85% in the last 30 years.

Kilchoan Estate is restoring the native oyster population in Loch Melfort by growing on 24,000 hatchery raised native oysters in cages suspended from our pontoon every year. When they reach the required size, they will be released at pre-surveyed sites along the shoreline creating a self-sustaining and resilient population. 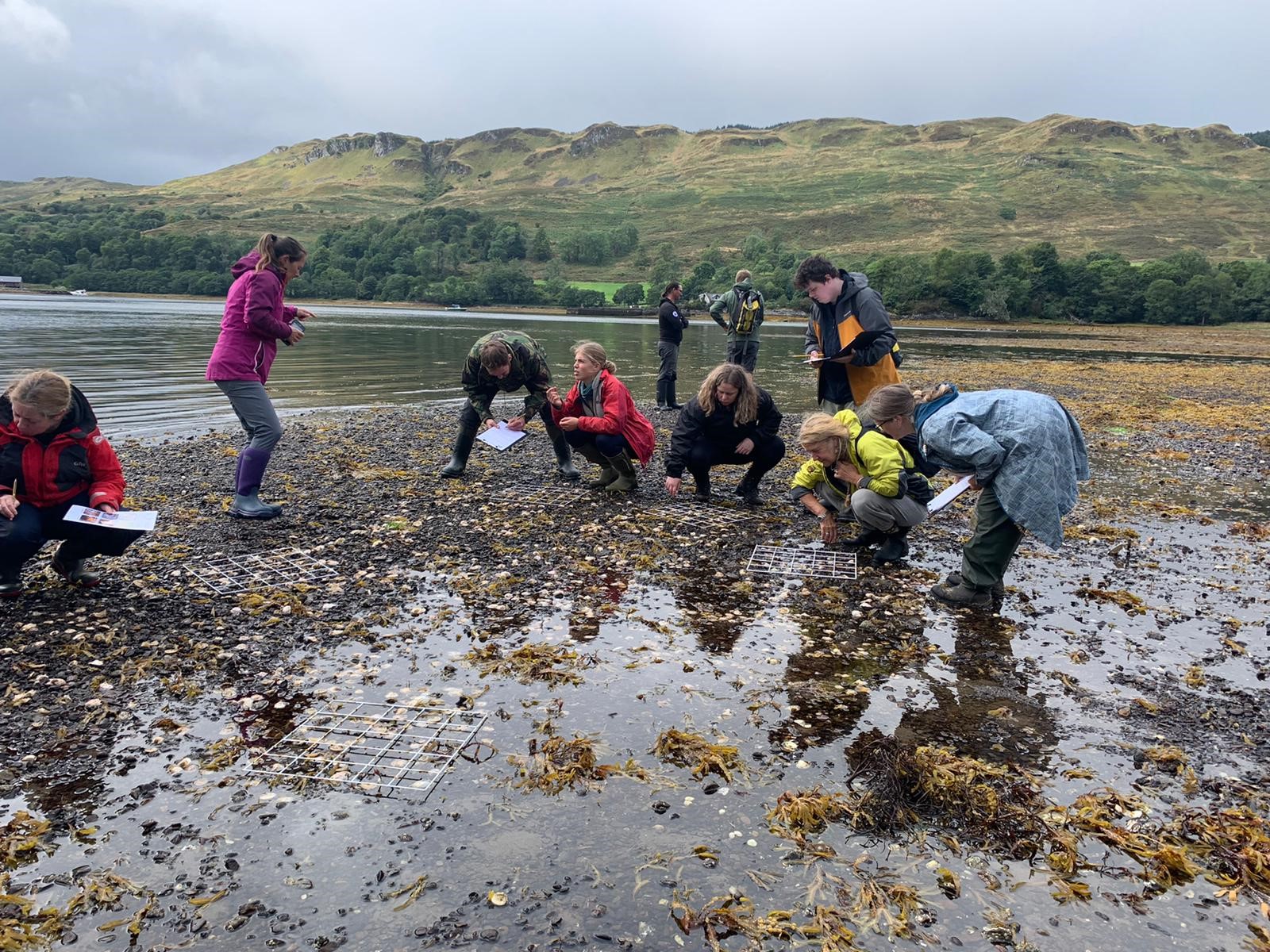 The Kilchoan Estate in partnership with Seawilding are offering free training courses once a year teaching volunteers the skills to conduct Native oyster and biodiversity surveys. By offering these courses a variety of people come together focused on a common goal. This opportunity empowers people to impact and contribute towards the preservation of the marine environment whilst helping with the Kilchoan project! During the first year, six volunteers took part in the training days and are now involved in every aspect of the oyster restoration project. These key volunteers help with the long-term monitoring, data collection and general project works.

During the Autumn of 2021 Kilchoan hosted a group of climate action volunteers as part of the Raleigh International Re: Green Project. Young people aged between 18-24 years old were part of a residential group undertaking practical and theoretical work focused on climate positive action. The group undertook surveys, young tree after care, moth trapping, clearance of invasive species and were involved in discussions about ecology, land use and conservation. They were the first group to officially record nests of the Marsh Fritillary butterfly (Euphydryas aurinia) at the estate since 1979; a UK biodiversity action plan species.

The term re-wilding comes from the idea that conservationists should move beyond trying to protect beauty spots or species and focus on rebuilding ecosystems that could sustain themselves with minimal human interference.

At the Kilchoan estate the term “re-wilding” refers more to ecological restoration, reestablishing the area to its state before human interference. The estate leads different ecological restoration projects at the property such as native tree planting and the removal of invasive and non-native species. The Kilchoan estate is a small part of a much larger movement aiming to allow nature space and time to recover and natural processes to re-start after the intensity of human activity that so much of the planet has been subject to.

The estate is not alone in this project and it is part of a nationwide movement creating a matrix of “wildlands” which act as corridors and connected spaces. With careful consideration, observation and through collaboration with multiple organisations, the actions of the Kilchoan initiative will manage and enrich this beautiful part of Scotland for the benefit of all animals, plants and fungi and of course, mankind.

We are now members of Rewilding Britain. 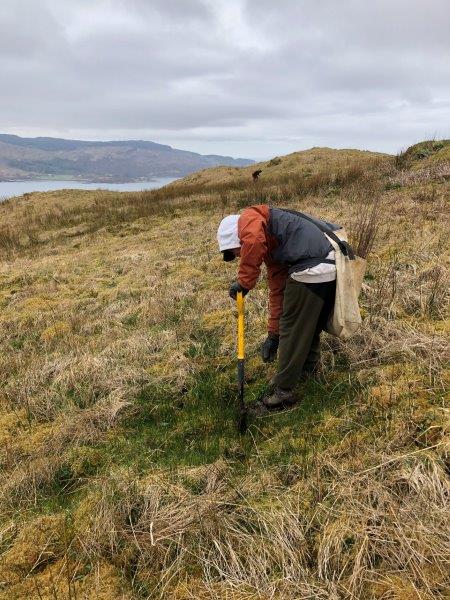 The Kilchoan Initiative is undertaking the restoration of woodland, which once covered the slopes of Melfort Hill as well as carefully managing the existing semi-natural ancient Atlantic rainforest. The woodland plantings cover over 750 acres over four main compartments, all enclosed within the protection of 10km of deer fence. 123,000 native trees covering two distinct woodland types have been planted replicating the surviving woodland and adding to this fragile and fragmented habitat. Restoration and care of the existing woodland extends to relieving grazing pressure and removal of non-native and invasive species. As with all conscious land stewardship our work is carried out with careful consideration and in-depth monitoring. 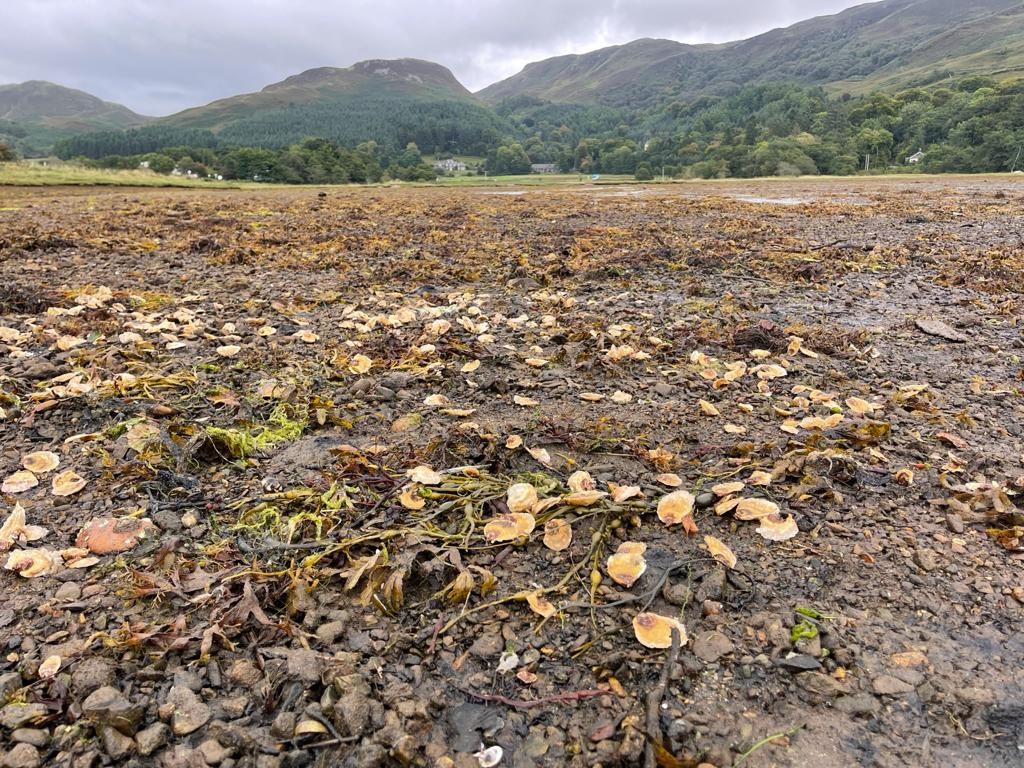